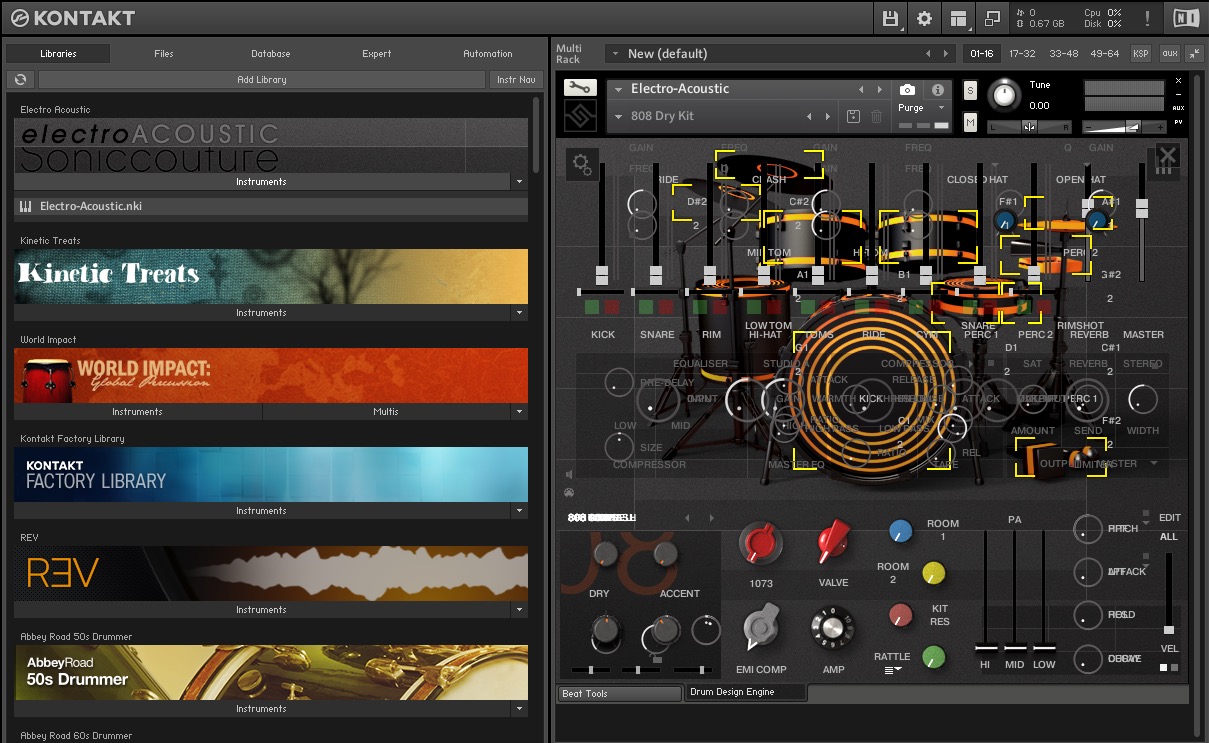 ricochet and even
the so called Spilegno, a harder edged Spiccato with bow-noise,
Plectrum Pizz,
and a lot more.
Added are technical refinements, such as the rebowing-function which allows controlled directional change of the bow within a note using a key switch – uttermost useful with long sustains. Likewise, the vibrato-crossfade allows creating rhythmically perfect transitions from non-vibrato to vibrato-patches.
Publisher : Best Service
Format : KONTAKT

Above you see a selection of Kontakt Instrument Plugins from some of the top music software companies worldwide. Browse, Download and Buy our selection of Kontakt Instrument Plugins, Effects and Instruments online today.
Kontakt is a software sampler compatible with both Mac and PC that supports every professional native interface to seamlessly fit into all computer-based studios. Kontakt can be used as a plug-in in VST, RTAS, AudioUnit, and DXi hosts. Kontakt is able to load nearly any sample library format, including AKAI S-1000/S-3000, Giga, SF2, HAlion, EXS, SDII, Battery, Reaktor, LM4, AIFF and WAV from 8 bits to 32 bits.
Powered by